ROBINS IN OUR HOOD 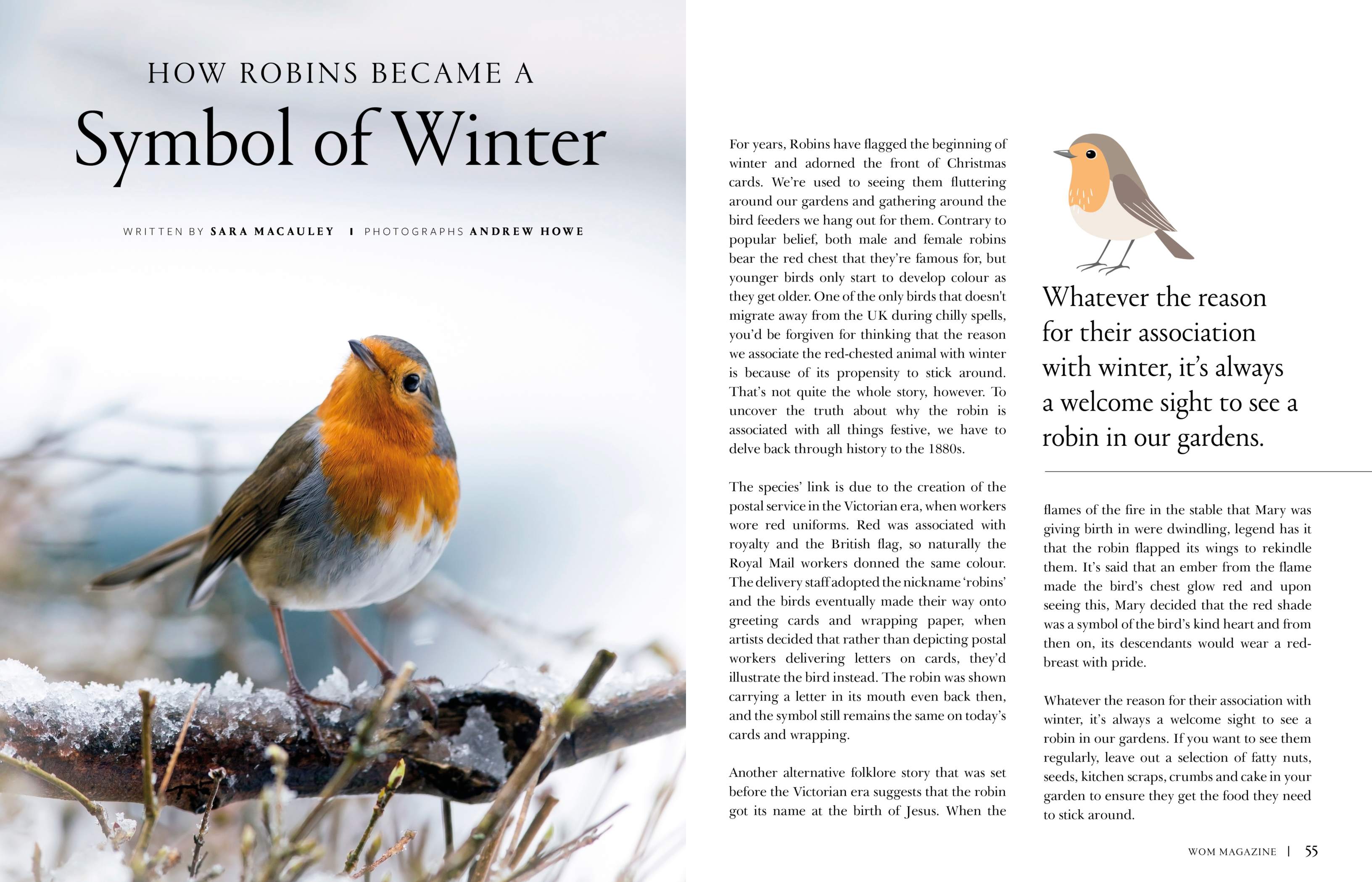 HOW ROBINS BECAME A SYMBOL OF WINTER
WRITTEN BY SARA MACAULEY
For years, Robins have flagged the beginning of winter and adorned the front of Christmas cards. We’re used to seeing them fluttering around our gardens and gathering around the bird feeders we hang out for them. Contrary to popular belief, both male and female robins bear the red chest that they’re famous for, but younger birds only start to develop colour as they get older. One of the only birds that doesn’t migrate away from the UK during chilly spells, you’d be forgiven for thinking that the reason we associate the red-chested animal with winter is because of its propensity to stick around. That’s not quite the whole story, however. To uncover the truth about why the robin is associated with all things festive, we have to delve back through history to the 1880s.

The species’ link is due to the creation of the postal service in the Victorian era, when workers wore red uniforms. Red was associated with royalty and the British flag, so naturally the Royal Mail workers donned the same colour. The delivery staff adopted the nickname ‘robins’ and the birds eventually made their way onto greeting cards and wrapping paper, when artists decided that rather than depicting postal workers delivering letters on cards, they’d illustrate the bird instead. The robin was shown carrying a letter in its mouth even back then, and the symbol still remains the same on today’s cards and wrapping.

Another alternative folklore story that was set before the Victorian era suggests that the robin got its name at the birth of Jesus. When the flames of the fire in the stable that Mary was giving birth in were dwindling, legend has it that the robin flapped its wings to rekindle them. It’s said that an ember from the flame made the bird’s chest glow red and upon seeing this, Mary decided that the red shade was a symbol of the bird’s kind heart and from then on, its descendants would wear a red-breast with pride.

Whatever the reason for their association with winter, it’s always a welcome sight to see a robin in our gardens. If you want to see them regularly, leave out a selection of fatty nuts, seeds, kitchen scraps, crumbs and cake in your garden to ensure they get the food they need to stick around.